“You won’t believe who just bought a 2018 range rover sport”… said my brother excitedly over the phone. Who? I replied. “It’s my guy Jude ooo; that my guy is doing very well.” He went on to tell me about the many business ventures Jude was involved in and how profitable they were. After I dropped the phone, I reflected on the time I met Jude.

The Federal Government had once organized a three day exhibition program in Abuja with the aim of supporting youth ideas that could lead to employment. Two of my younger brother’s friends were among the participants’ but since they were not resident in Abuja and had never really been to the state before, they decided to sleep at the venue of the program on arrival so as to make it easier for them. Rather unfortunately, they were waylaid by armed robbers whilst on their way from the bus park and were relieved of their gadgets and money leaving them stranded. The next day, they made effort to reach my brother who on hearing of their dilemma asked if I could help them out with a place to stay while he offered them his own laptop for their presentation. I obliged as I was still single at the time and living with friends.

After they had settled in at my place and were about having a meal, one of my flat mates quipped in; “So you guys came all the way from Ibadan, put yourselves in harm’s way in fact at gun point for this government and you actually believe this government will fund this your multi-million naira dream?” She continued; “well let me tell you what will happen; the government officials will listen to all of you out of courtesy but in the end, will only favor somebody who knows somebody among them. So I’ll advise that you better wake up from your dreams and forget all about this your illusion because it will not work here in Nigeria, except you have someone you know somewhere in government!!!”

I could see the all of a sudden; their once high morale had given way to dejection. It eventually became a sad dining experience for them.

That evening, one of them (Jude) came over to me and asked; “Jcee, is all that your flat-mate said true?” I didn’t know how to respond to this without crushing his spirit further. Noticing my silence, he continued; “it is true that I don’t know anybody in the government, I don’t even know anybody in Abuja but God has given me ideas and I am definitely going to put my all into this project because I believe that He who began this work in me is faithful to complete it. I am going to work harder and smarter; I will give it all the best of me.”

I remember marveling at such determination; such faith; such confidence and belief. I knew instantly that he would go far because the first and greatest obstacle to success for most people is their level of belief in themselves and their dreams and more often than not, what hinders people from the level of success they expect to attain is not a lack of talent or intelligence, but rather a lack of trust in themselves and this is a self-imposed limitation because doubt kills more dreams than humans ever could.

In his book Biology of Belief, Bruce H Lipton explains that the secret of life is belief rather than genes and as such, it is our belief that controls our lives. Everything you will have in life is as a result of you believing in yourself and that it is possible.

The following steps will help you learn how to build belief in yourself if well practiced;

Know this “Talent is given, and it opens doors to opportunities but you must earn success.” If you believe in yourself enough and never given up, you will someday find yourself doing what you once considered impossible.

As the plot will have it; at the end of the seminar, he was amongst those that won and was awarded Ten Million Naira as startup funding for his project.

It was from Jude I learnt that definitely, there will be storms and also people that will try to discourage you from your vision; but the onus falls on you not to get distracted or allow them to prevent you from achieving that very purpose and dream you have inside of you.

When you find a dream inside your heart, don’t ever let it go; for dreams are the tiny seeds from which a beautiful tomorrow grows. Don’t downgrade your dreams to match your reality instead, upgrade your faith to match your Vision. Do not to give up, keep pressing forward with a positive attitude, which is our everyday attitude. 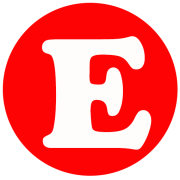 We promise not to spam you.

The Highway of Negativity

Getting It: A Womans Guide On How To Successfully Balance Her Career, Family and Social Life.

This site uses Akismet to reduce spam. Learn how your comment data is processed.

You have Successfully Subscribed!